Strike at the Canadian Hearing Society is about culture, not costs 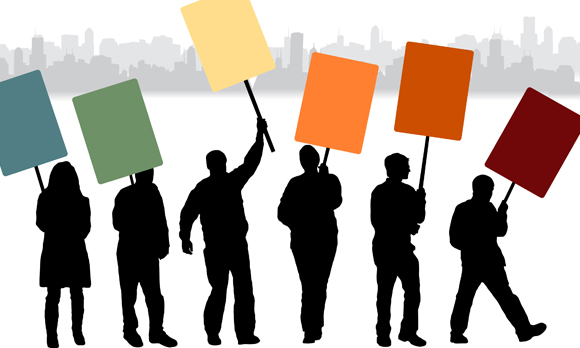 Unionized workers at the Canadian Hearing Society have been out on the picket line now for just over a month.

It’s an all-too-familiar scenario: The 227 workers – interpreters, speech-language pathologists, counsellors, literacy instructors and audiologists who provide services to clients who are deaf or hard-of-hearing – have been without a contract for four years, and the employer is trying to whittle down their benefits to save money.

In fact, the key point of disagreement is sick leave. The union wants sick-leave provisions to remain as is, arguing that the work is stressful and demanding, and workers have high rates of burnout and repetitive strain injury (sign-language interpreting for hours a day is punishing on the body).

The employer, the CHS, wants to buy back unused sick days that have been banked, and have a third party determine who is eligible for short-term disability.

Talks broke off on the weekend, but these issues will eventually be hashed out at the bargaining table.

Still, this is not a traditional labour dispute. The battle is not about wages and benefits, but about the organization’s raison d’être.

The Canadian Hearing Society, which has been around for 77 years, serves a diverse clientele, including the culturally deaf (people who view deafness as a culture, not a pathology), the oral deaf (people with profound hearing loss who use speech to communicate), the deafened (those who grow up hearing, but lose their hearing) and the hard-of-hearing (people whose hearing loss ranges from mild to severe, and tend to use hearing aids).

There can be profound philosophical differences between these groups and they are bubbling to the surface as a result of the labour dispute.

People who are culturally deaf believe the role of the CHS should be to facilitate their ability to live barrier-free in a world where audism and ableism are rampant – for example, by providing sign-language-interpretation services. They also fiercely object to the notion that people who are deaf should be “fixed” with technology such as cochlear implants.

In other words, the CHS should embrace a social-services model, not a medical model.

“Over the years, there’s been a shift in corporate philosophy, a change in the flavour of the agency,” Stacey Connor, an employment consultant at the CHS and president of the union, CUPE Local 2073, said in an interview.

Ms. Connor said the organization places too much emphasis on providing clinical services such as audiology tests and selling hearing aids, and not enough on ensuring the survival of the culture and languages of the deaf.

Gary Malkowski, vice-president of the CHS, said he categorically rejects the notion that the group is moving to a medical model from a social-services model.

“We have to provide services in a culturally appropriate way to everyone,” Mr. Malkowski said. “We’re in the midst of a transformation and not everyone is accepting that change.”

He said that does not mean abandoning interpreting and employment services, but sometimes providing them in new ways, such as virtually via Skype. (The interviews for this column were conducted via Skype, with the assistance of an interpreter.)

Mr. Malkowski said providing audiology services is appropriate because revenues are reinvested in other services.

Complicating matters is that Mr. Malkowski, the spokesman for the employer in the labour dispute, is an icon in the community. He was Canada’s first deaf parliamentarian (serving as a New Democrat Ontario MPP from 1990-95) and a long-time human-rights activist.

Ms. Connor said bluntly that the deaf community feels betrayed by Mr. Malkowski. “We would expect him to stand up against audism and ableism. It feels like being stabbed in the heart.”

For his part, Mr. Malkowski said his biggest worry about the labour dispute dragging on is that it will create this kind of animus and division.

“I’m extremely proud of deaf culture. I’ll always do what’s in the community’s interest, and I won’t apologize for being an innovator.”